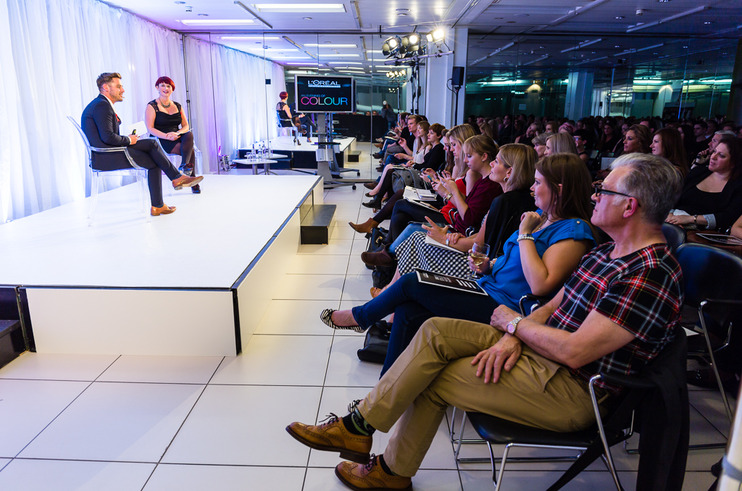 An evening of Colour with Paul Dennison

Colour Director and former British Colour Technician of the Year Paul took part in an evening of colour at the Toni and Guy Academy in London alongside renowned colourists such as Jo O’Neill and Mark Creed. The event was a sell out success with over 100 audience members in attendance. The evening was split into two parts; the first involved Paul and his fellow colourists each working on a live model, colouring the hair and explaining their process in just 15 minutes. The second part of the evening took place after the development and styling process and Paul came back on stage to show off his finish look.
Paul says of his look. “I wanted to create a look that incorporated complete opposites but in a way that looks seamless and beautiful. I worked with a coppery red and transitioned into a cool purple-blue. My inspiration behind the look comes from the idea that the eye gravitates naturally to one colour, the reason 3D film and TV works. I wanted to create that cool juxtaposing colour but with shades that are much more on trend.”