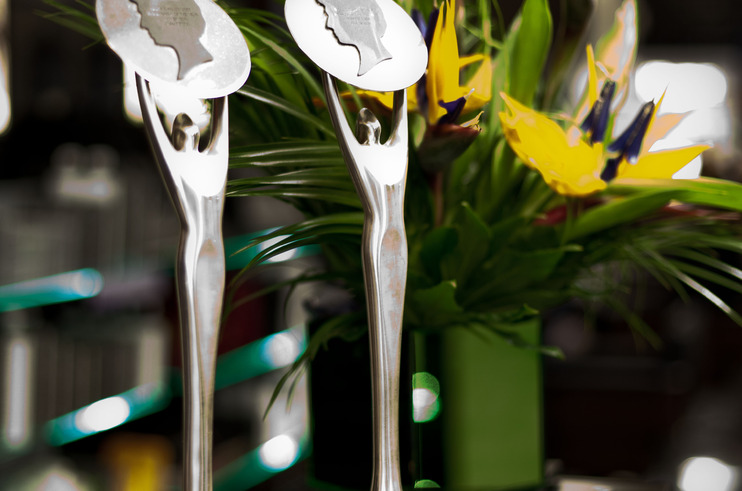 The Ken Picton salon is celebrating after winning the Wales & South West Hairdresser of the Year award for the fourth time at last night’s British Hairdressing Awards. This year art team members Dafydd Rhys and Rachelle Simmonds helped to continue the salon’s winning streak with their Monochromatik collection. Ken himself joined the elite Hall of Fame, picking up an award to celebrate 3 wins in the category.
The glamorous awards run by Hairdressers Journal are now in their 29th year; they recognise the UK’s top hairdressing talent and were held at Grosvenor House in London’s Park Lane on the 25th November with top comedian David Walliams in attendance to hand out the awards.
Ken said, “It was so important for us to retain this title and I’m thrilled for the team.” Dafydd, a regular on Welsh TV, whose clients include Welsh celebs Alex Jones and Imogen Thomas said, “It’s such a huge honour to bag this title and it’s hard to find the words to express how happy we are, what a fantastic result!”