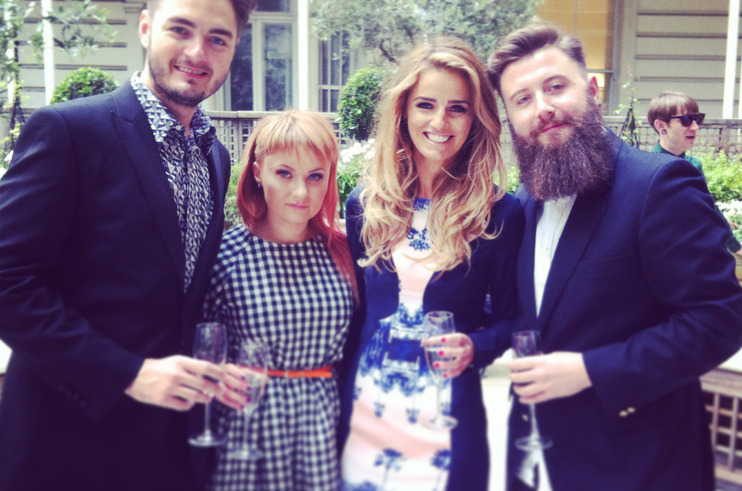 Dafydd Rhys: On The Road To F.A.M.E. Oct Edition

"It's already September and I can't quite believe we're almost three quarters of the way through the year! Even more worrying is that at this time every year, the semi-finals of the Fellowship's search for the next F.A.M.E. Team take place - signalling the beginning of the end for me and the 2014 Team. Where has the last year gone?

As I write this blog, the memories come flooding back; four photo-shoots, Pro Hair Live, days with industry icons including Errol Douglas, Indira Schauwecker, Johanna Cree Brown…plus an unforgettable trip to Australia - I could go on for hours! There is no doubt that next year's team has a long, busy but incredibly fruitful year ahead - but for the semi-finalists, this is only the beginning. The talented eight finalists that are selected still have Salon International to conquer - and then there's the annual Fellowship Awards and Luncheon, during which the F.A.M.E. Team 2015 will be announced....

This year, the semi-finals were held at the Wella World Studio in Central London, where the 16 semi-finalists were invited to showcase the best of their skills to a panel of industry experts. From creating a haircut from an option of four pre-set cuts on a block head, to recreating a front cover look in a set time, the day also included a gruelling ten-minute interview and a presentation with three fellow contestants.

The competition has dramatically changed this year under competition coordinator, Karine Jackson. It's nice to see it grow from year to year, developing to give the talented entrants new and exciting challenges. From my own personal experience of the F.A.M.E. Team competition, you learn so much about yourself throughout the entire process.

During the day, the current F.A.M.E. Team (myself included) were on hand to give the competitors a few words of wisdom and the odd burst of encouragement to spur them on. In the evening, we were given the opportunity to showcase some of the looks we'd been taught throughout the year and we were also interviewed by Karine so that the audience could get to know us a little better.

The day certainly gave me a feeling of 'Déjà Vu' and it was a very proud moment to start the process of passing on the F.A.M.E. Team baton! Congratulations to all eight finalists - and good luck!"