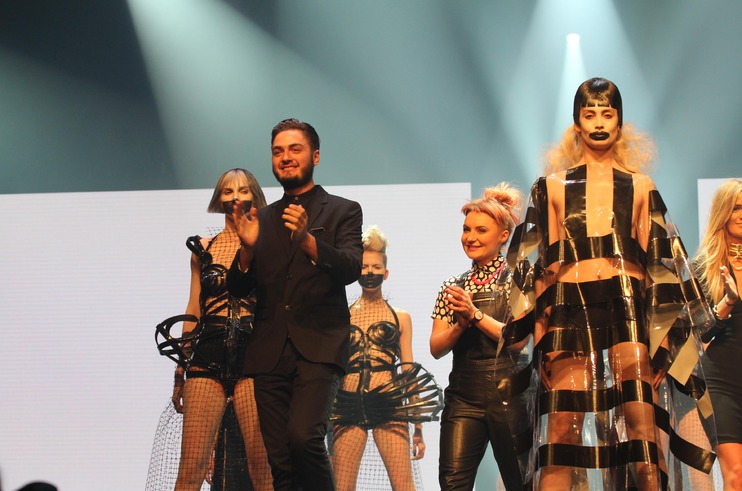 "On Sunday 8th of June, while out in Australia, the F.A.M.E. Team were given a great opportunity to showcase our inspiration on a huge stage at the Generation Next show at the Hair Expo Gala in Sydney. This is a collection of some of the most talented and up-and-coming teams from around the world. Our show was called 'Acid Reign'.

We’ve been working on our ideas for the show for a number of months using all the tips, advice and techniques passed on to us by all the fantastic artists we've had the opportunity to spend time with while in the F.A.M.E. Team. The show was to last six minutes and was a spectacle of ground thumping music, flashing lights and video screens! I've never been a part of such a big show and having the chance to mould and create it into what we wanted to showcase as a team was a fantastic opportunity.

The show was held at the Star Casino at Darling Harbour, Sydney. After months of planning it was great to finally see the team’s looks come together. We had a great combination of haircuts, intricate hair-ups of braids and twists mixed with some incredible avant garde pieces of tree-like figures, to a nest of sharp ‘twig like’ spikes all made from hair. The six minutes went perfectly and the models did a fantastic job of walking the catwalk.

The show was supported by ghd and we can’t thank them enough for their continued support of the F.A.M.E. Team. It was also great to have the guidance of our Fellowship President Errol Douglas and team director, Bruno Marc, throughout the preparation of the show. We couldn't have done it without them!

I also need to give special thanks to a good friend of mine, Caryl Ann, for taking some amazing images and documenting our time in Australia. The applause of the audience after the show was spine tingling and having the opportunity to walk out on stage with my team mates - Simon Tuckwell, Ellenora Dean and Leighanne Regan - is a moment I will treasure forever!".