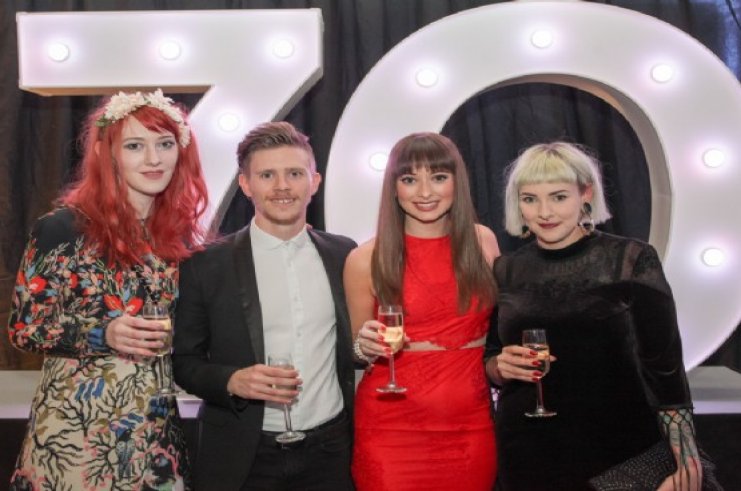 The Ken Picton team headed to London en masse for a busy schedule at one of the UK’s leading hair exhibitions this weekend. Ken, in his role as Chancellor for the Fellowship of British Hairdressing, compered on the Fellowship stand and oversaw the finals of the prestigious F.A.M.E. Team competition. The array of incredible judges had the tough job of shortlisting the final 4, who will be announced by Ken at the annual luncheon at the Dorchester hotel.

Paul, Scott, Harriet and Jade took to the HJ stage to represent the Art Team, where they brought to life looks from the new Blitz Kids collection of model images which have earned the salon a finalist spot in the British Hairdressing Awards (winners announced in November…) Jade demonstrated a box bob, Scott showed off a two-tone short cut - ask us in salon about using colour wefts for a temporary flash of colour, fantastic for adding drama to an evening look - and Harriet combined the braided style that she created to win a place in the L’Oreal ID Artist Team recently, with a showstopping pixel colour effect ponytail hair-piece.

The Blitz Kids collection is inspired by the Covent Garden club where the new romantic movement started, and features glamour with rawness against the luxurious sheer feel of lace-detailed clothing.