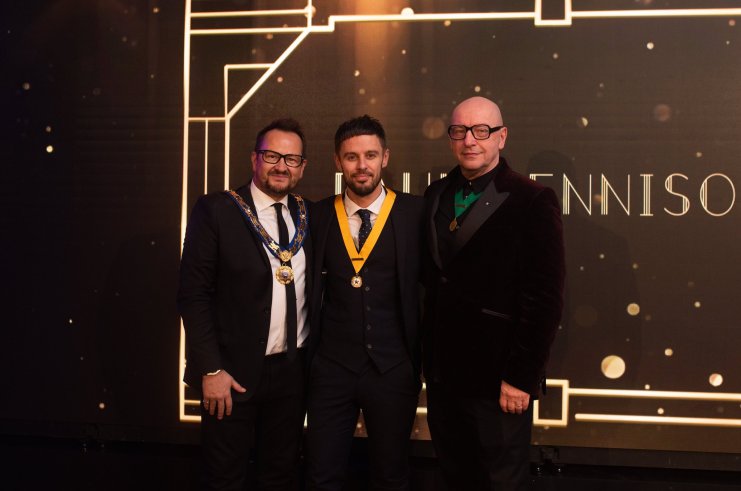 We were delighted to see Paul Dennison named a Fellow with Honours at the Fellowship for British Hairdressing’s annual Awards and Luncheon last week! Paul achieved his medal in recognition of the hard work he has done across the board for the Fellowship, most recently as Project Leader of the Colour Project.

As leader of this established education program, Paul has led a team of students through 12 months of incredible opportunities, from mentoring days with industry experts to a stunning shoot which ended up on the cover of Hairdressers Journal. Paul has also hosted the team on stage at Salon International, and mentored the team through a spectacular live finale show.

It was extra special for Paul to receive his honour in Ken’s first Luncheon as President; meaning he had the pleasure of bestowing the medal!

Team KP had a fantastic time at the Luncheon and would like to congratulate each and every award winner, as well as all of the Fellowship team who worked so hard on such a fabulous festive event. And now, it’s time focus on Christmas…