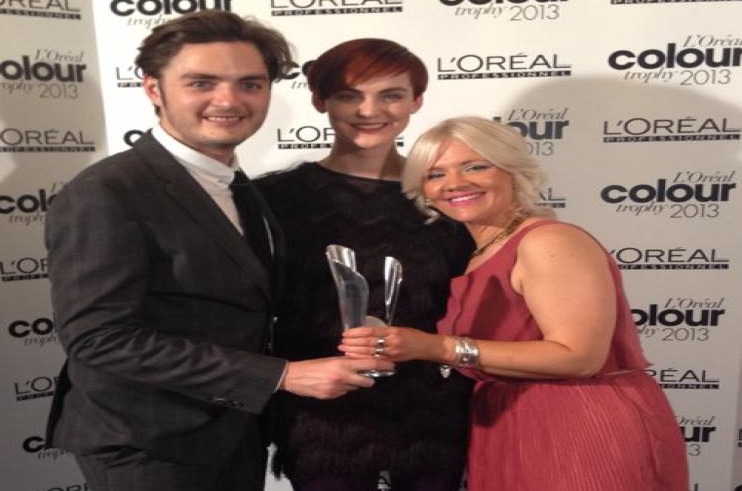 Prynhawn Da presenter Dafydd Rhys who regularly appears on BBC Wales and S4C TV and who has worked on LFW shows at Vivienne Westwood and Ashish among others, and Hannah Rawlinson from the Ken Picton Salon, Cardiff, were thrilled to win the overall L’Oréal Colour Trophy Western Region on June 3, 2013 in the dazzling Grosvenor House, Park Lane, London.

Having already shaken off stiff competition from 60 other salons to reach the top 4 at the regional final held in Cheltenham in April, the duo sent a gorgeous short multi tonal red 60s influenced crop with copper and burgundy tones in the fringe down the catwalk and were thrilled to be announced in first place.

The salon also had the honour of being one of only 4 teams handpicked by L’Oreal Professionnel to present a catwalk show during the 58th annual L’Oréal Colour Trophy Grand Final. Presenters including George Lamb and Alexa Chung were wowed by Ken’s Pop Art presentation featuring curly haired models with bright injections of primary colour, co-ordinating outfits and shimmering bejeweled lips.