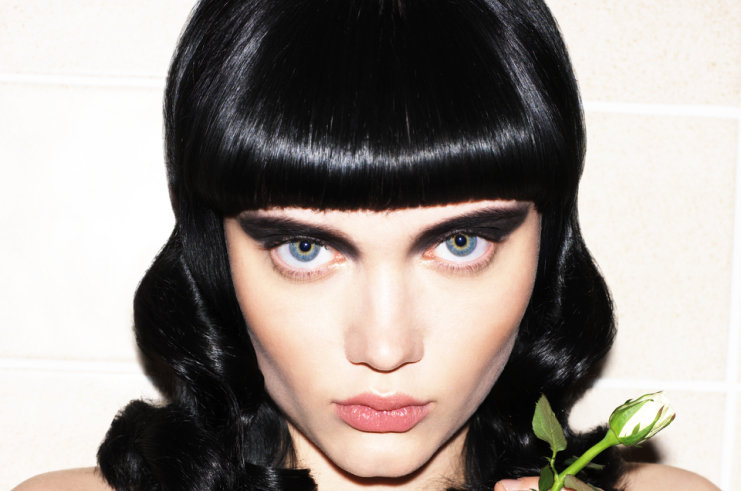 The Thumbs Up! Salon Review

Another Trip to The Ken Picton Hair Salon in Cardiff

Last week I reached one of those points in the Female Hair Calendar where no matter what I did with my hair, it looked a mess. I probably went at least a month longer than I should have, before taking the plunge and eventually booking an appointment at the Ken Picton Hair Salon in Cardiff.

One thing’s for sure if you go and get your hair ‘done’ there …… you know it won’t be one of those occasions where they ask you at the end what you think and despite wanting to cry, you squeak how much you love it before leaving in a hurry and vowing never to go there again. Let’s be fair Ladies, we’ve all had that happen to us some time, haven’t we?!

Anyway I digress….back to my afternoon of pure unadulterated Me-Time at the Tardis-like Ken Picton’s. It started with Amanda, the colourist and Scott, the stylist both having a chat with me about what I was looking for as far as my hair was concerned. I don’t want to have to faff around for ages every day to get my hair looking right and It was important that I got that message over to Scott in particular. After all, it’s all very well leaving the hairdressers looking great but if you can’t reproduce the look at home, then it’s pointless.

Amanda was really chatty and friendly and I’m fairly sure we covered every subject under the sun whilst she was doing my highlights. Turns out she’s the other half of Paul who did my hair last time I went there. She used three or four different blondes in my hair and by the time I left, the colour was the best it had ever looked. Brighter, shinier, healthier and infinitely better. She will definitely be my first choice next time I need my colour zhooshed up!

As usual with highlights I had to wait a while for them to ‘cook’ or whatever the technical term is, and so I made use of the time by having my nails done by Amy. Just a quick Shape and Polish – perfect for my weekend break in London.  Amy mentioned she used to work for the hotel group where I was going for Champagne Afternoon Tea in London  She gave me some good pointers too as to where we should go for cocktails but following her directions on the Friday evening didn’t seem to get us anywhere. I’m pretty rubbish when it comes to left and right, north and south and all that malarkey but I think I think I met my match in Amy. 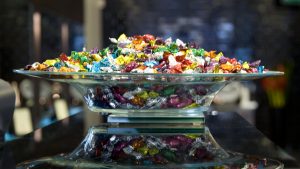 So with lovely dark pink nails, I went off to have my hair washed and then it was smiley Scott’s turn. Scott seemed to understand intuitively what I wanted and within minutes of some pretty magic scissors-work, my hair was already looking significantly better than it had in a long time. He gave me a fuller fringe and the whole effect was flickier and bouncier. I have never in my whole life met a hairdresser so impassioned about his job. He clearly loves working wonders with his scissors and loves making people feel good about themselves. He gave my hair a kind of general shape and then dried it before cutting again where he could see it needed it. This seems to me where lots of other stylists go wrong. They cut then dry to a formula without taking the individual’s hair into consideration.

When he’d finished cutting, he got out some stylers (apparently that’s what you call straighteners now) and showed me how to loosely curl my hair to give it a tousled, casual look. As I’m the only woman in the world never to have tried using stylers, the poor man was facing an uphill battle. Nonetheless I now know that I can vary my look very easily if I fancy a change.

By the time I left Ken Picton’s, I was walking on Cloud Nine. A few hours of being pampered whilst chatting to some really lovely people with the added bonus of my hair looking the best it had ever looked.

Thank you all for the team effort. I will be back!