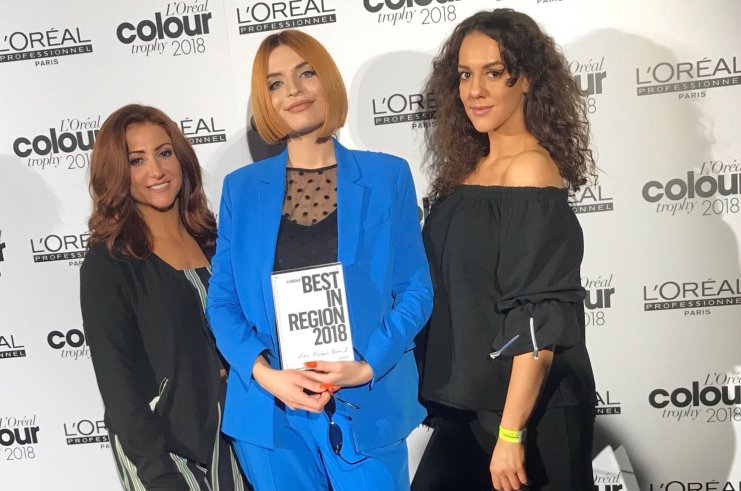 Huge congratulations to Salon Director Jade Pointon who scooped the top accolade of 'Best in Region' at the Western Regional Semi-Final of the L'Oreal Colour Trophy Award 2018.  Started in 1954, the competition is the longest running live hairdressing competition in the world, and showcases some of the brightest hairdressing talents across the country while celebrating hair inspired by fashion.

Harriet Young also represented the salon at the compeition with a beautiful blonde and pink wave style.  Jade will now compete at the grand final on Monday 4th June at Battersea Evolution, London.  Jade says "I'm still buzzing from securing one of the top spots out of 32 in the Colour Trophy and want to thank the Ken Picton team for their support, espeically Harriet Young, you were a lifesaver!  Looking forward to going up against the rest of the UK in London..."